Recommended and Trusted by Many! | 620-3055
Tripadvisor Facebook Linkedin Compass

Where is Belize and Why Would You Go There?

To answer your question; “Where is Belize Located?”. We will start simply by guiding you from the popular destination in Mexico, Cancun, a coastal destination famous among travellers. From there continue following the coast south into Central America.

You will find Ambergris Caye, This is Belize’s first and most popular coastal destination. Here; the Belize Barrier reef is just 1 mile away from both Ambergris Caye and Caye Caulker to the east.

It is well-known that the location of Belize is that it’s a country in Central America border by Mexico to the East and Guatemala in the West and south.

The Mexican state, Quintana Roo on the Yucatan Peninsula, shared its border with Belize to the South. Travelling by Sea you would arrive at Ambergris Caye, by land Corozal District.

The Department of Peten in Guatemala shares its eastern border with Belize. Here the district of Orange Walk, Cayo and Toledo district of Belize shares the border.

The southern district of Belize also shares its border with Guatemala’s Izabel Department.

Travelling due west from the island nation, Jamaica on the Caribbean sea you will without a doubt land on the shores of Belize.

The Caribbean sea lies east of Belize and one of the reasons why you want to visit.

Why would you travel to Belize, here are some fun facts?

Because of Belize's unique location, it has plenty of sites and attractions.

As you will see from Travel Blogs, Facebook, Instagram, TripAdvisor along with other social media site and travel guide on the internet. Belize plenty of things to do. William’s short guide can help you plan your vacation a little better, and possible find the best time to visit Belize. You can also visit the Belize Tourism Board website for more in Belize also.

Another unique feature of Belize it’s International Airport, along with the cruise ship ports, they make up the two main ways tourist arrive in the country. Another port that makes Belize country profile is the Port of Big Creek, once the main for exporting Banana. 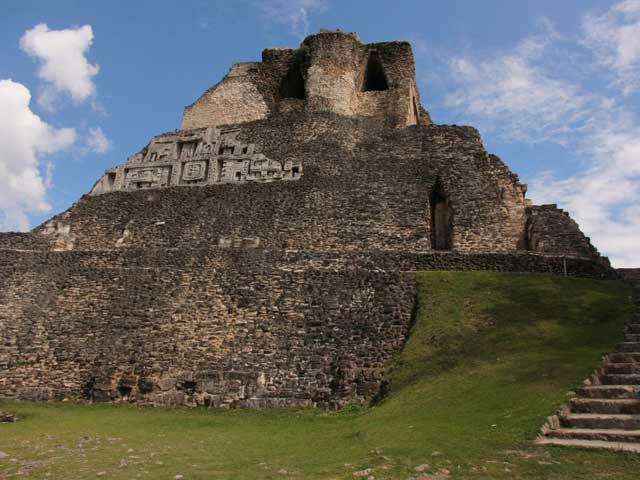 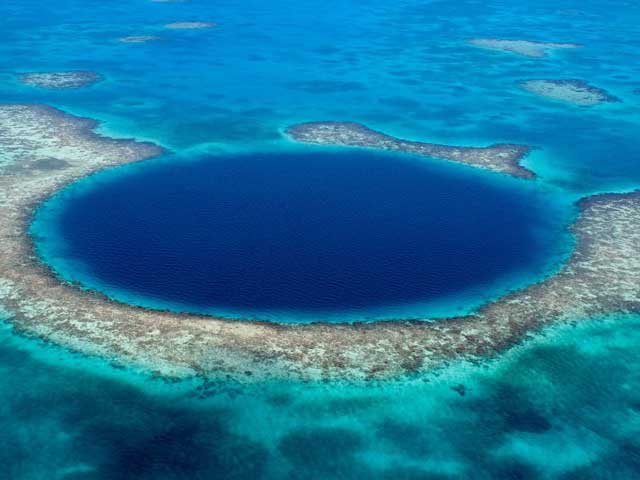 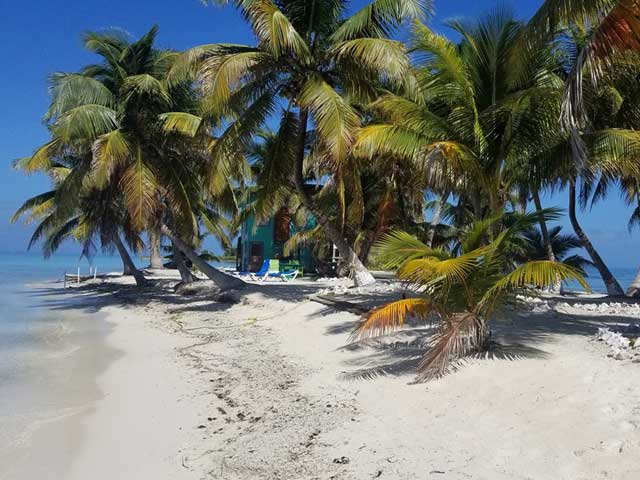 The Philip S. Goldson International Airport is located near the old capital of the country Belize City. It is the main airport where all international flights will arrive and depart.

If you are planning to visit Belize from North America or South America, you will find that this is the only International Airport, which is not open 24/7. It is easy to navigate around and have just about all amenities of any international Airport. One thing you should know is that there is no ride share service available. There are taxi and car rental service on-site, you can also arrange a private or shared shuttle as well as taking a domestic flights to places in Belize. 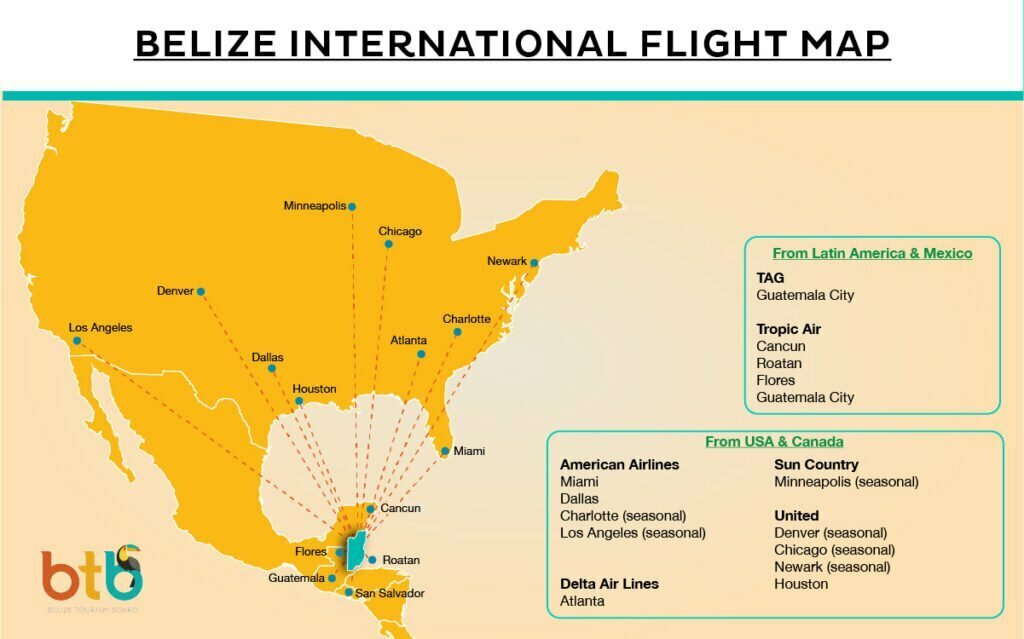 Once at the International Airport your connecting flight, to the Districts, towns or Villages in Belize are provided by Tropic Air or Maya Island Air.

You can fly to other location such as:

William’s shuttle service is also a great ground transportation service for the solo traveller, a Couple, Group or family to get around in.

Belize is certainly a country you want to seek out a visit to. Its ideal location makes it super easy to visit and travel around. We hope you find the page useful and the answer to your question; "Where is Belize Located?". 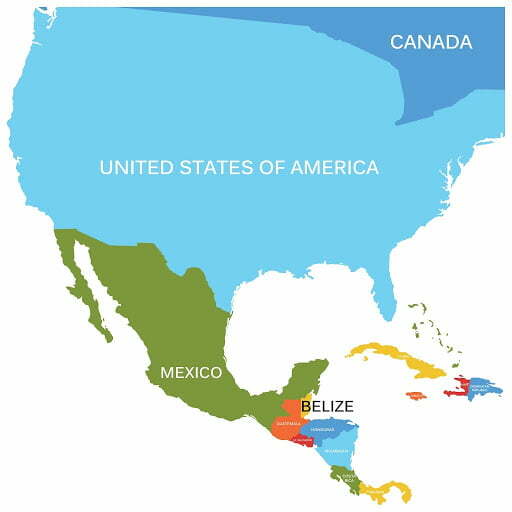 Belize Covid Travel Info Updated May 13, 2021   Still wanna go on vacation to Belize yes or no?Yes and here is why…. Because of

Tripadvisor Facebook Linkedin Compass
We use cookies on our website to give you the most relevant experience by remembering your preferences and repeat visits. By clicking “Accept”, you consent to the use of ALL the cookies.
Do not sell my personal information.
Cookie SettingsAccept
Manage consent

This website uses cookies to improve your experience while you navigate through the website. Out of these, the cookies that are categorized as necessary are stored on your browser as they are essential for the working of basic functionalities of the website. We also use third-party cookies that help us analyze and understand how you use this website. These cookies will be stored in your browser only with your consent. You also have the option to opt-out of these cookies. But opting out of some of these cookies may affect your browsing experience.
Necessary Always Enabled
Necessary cookies are absolutely essential for the website to function properly. These cookies ensure basic functionalities and security features of the website, anonymously.
Functional
Functional cookies help to perform certain functionalities like sharing the content of the website on social media platforms, collect feedbacks, and other third-party features.
Performance
Performance cookies are used to understand and analyze the key performance indexes of the website which helps in delivering a better user experience for the visitors.
Analytics
Analytical cookies are used to understand how visitors interact with the website. These cookies help provide information on metrics the number of visitors, bounce rate, traffic source, etc.
Advertisement
Advertisement cookies are used to provide visitors with relevant ads and marketing campaigns. These cookies track visitors across websites and collect information to provide customized ads.
Others
Other uncategorized cookies are those that are being analyzed and have not been classified into a category as yet.
SAVE & ACCEPT
Open chat